From claiming to have flattened the coronavirus curve in the beginning of May, to over 20,000 cases in Kerala by the end of July, the state has been seeing a continuous spike in COVID-19 cases. Speaking to NDTV over the current situation in Kerala, Health Minister KK Shailaja said, “While we did flatten the curve in May with repeated zero new cases, we were also expecting cases to spike eventually. We did our best to contain the spread but as inter-state movement increased, people started violating COVID-19 protocols after lockdown like avoiding inter-state passes, check-posts and even other guidelines – all crucial to contain COVID 19. Over 6 lakh people have returned to Kerala from other states, as well as foreign countries during the pandemic.”

Kerala is the first state in India to have officially confirmed community transmission – in some of its areas along coastal Thiruvananthapuram. The state’s strategy still focuses on extensive contact tracing, testing in clusters, which also are local containment zones that have mushroomed across the state. Kerala now has around 500 hotspots, in comparison to 116 hotspots in end of May. Responding to criticism by some on the need for Kerala to change its strategy, the minister said Kerala’s strategy is scientific and being followed despite it being “very tough and challenging”.

“Our strategy is very much correct even now. We are strictly following contact tracing. Even health workers are going inside clusters, painstakingly tracking contacts and testing. It’s becoming very difficult due to the extensive spread and we are still doing it. This vigorous contact tracing is very reliable strategy along with testing. We have been setting up COVID First Line Treatment Centres to increase our facilities. We cannot abandon this strategy”, KK Shailaja said.

“We cannot open everything and allow people to get herd immunity. If we go for herd immunity, we will have to sacrifice thousands of lives. We have seen it happen in other places. That’s too high a price. We are focusing on ensuring low Case Fatality Rate”, the health minister added. Kerala has a low Case Fatality Rate of 0.31% with around 70 deaths for over 23,613 cases.

Kerala was the first Indian state to have a COVID-19 positive patient in January. “It’s been six months of continuous work. It’s not easy. Our human resource, our ground workers are getting exhausted, mentally drained. But we keep motivating them. We are hiring more health workers on the ground and training them and deploying them as three layers. Which means when first layer is at work, the second layer can rest and recoup. We are strengthening our health system and its resilience everyday,” KK Shailaja said.

According to state government sources, Kerala is expecting 50,000 to 70,000 cases in hospitals as cases surge in August-September. “We have over 23,000 total cases but only 10,000 active cases as of now. We are preparing ourselves to handle around 50,000 active cases in hospitals. We have 10,000 beds at COVID Special hospitals in various districts and Medical Colleges. We have around 30,000 beds at Covid Frontline Treatment Centres and are looking at another 38,000 in similar new centres. We are preparing to handle the situation as cases surge further.”

Yankees close to getting Aroldis Chapman back from coronavirus

Sailors from the USS George H.W. Bush Have COVID-19. The Navy Won't Say How Many 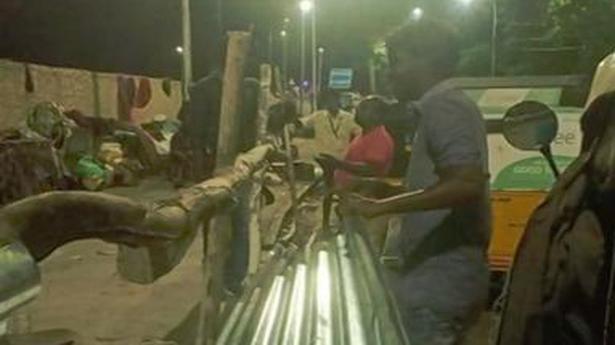 Modern Monetary Theory Is Playing With Fire
33 mins ago