A serological survey to understand the spread of COVID-19 and immunity developed against the virus, by drawing blood samples of 20,000 random people across the city, will be carried out starting Saturday.

People can expect a knock on their doors by officials for collection of blood samples till July 6. “A team will visit houses selected randomly and explain the survey to the people and if they agree, then their blood samples will be collected,” a Delhi government official told The Hindu. People are free to say no and written consents from them are needed before drawing blood samples, the official said.

The blood samples will be tested in a lab using antibody testing kits to understand whether the person was infected by the virus and developed antibodies against it.

The official added that if more people have developed antibodies, then the chain of the infection will get broken and the spread of the virus will decrease.

The move comes even as the city recorded 3,460 new COVID-19 cases in the past 24 hours, taking the total to 77,240. Delhi remains the city with the most number of cases after it surpassed Mumbai on Wednesday.

The health bulletin released by the Delhi government on Friday also stated that 63 more deaths were reported in the past 24 hours, taking the total to 2,492.

Antibody testing is an indirect test and it cannot find the virus, but it can determine if the immune system has encountered it.

Before stepping out to collect the samples, the authorities will decide on the number of blood samples to be collected from a particular area and the different age groups from which the sample will be taken.

The team will consist of at least two persons — a lab technician to collect the blood samples and another official to explain the survey.

“To make the survey fair, we will not ask the person whether she had any symptom of COVID-19. If we test more people who had symptoms, then more people will be positive and that would give us the correct picture about the spread of the disease,” the official said.

A report will be submitted to the government by July 6 after the serological survey is completed. The survey is part of a ‘Revised COVID-19 Response Plan’ chalked out by the Delhi government on Monday, based on directions from the Union Ministry of Home Affairs.

In May-end, the Central government had done a similar study in Delhi and tested about 500 people using antibody testing kits and many had tested positive.

Not convinced? Know why you should pay for news.

Nurse Dies Of Coronavirus In Telangana 4 Days Before Retirement 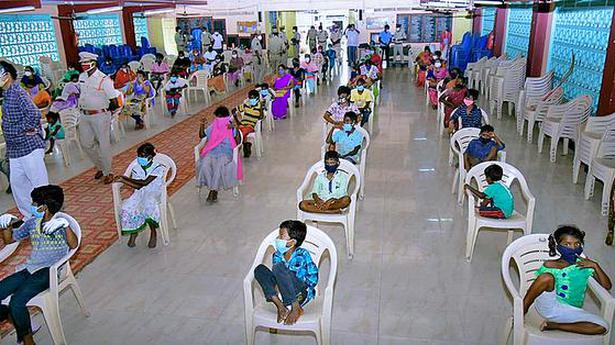 Skynet Does Brexit: U.K Truckers Delivering To EU Must Now Use The Border’s New (Untested) Computer System
28 mins ago

Statue of protester appears on Colston plinth
1 hour ago